Through the Dalmatian coast up to Dubrovnik are settled numerous protected parks and islands. The National Parks are: Plitvice Lakes consisted of 16 lakes which are under the UNESCO world protection; North Velebit, Krka and Paklenica, the mountains with protected endemic species and Kornati park which consists of 89 islands, islets and cliffs....

It is amazing that on the small Croatian surface are settled so many natural heritages, treasures, and all the nature preserved parks. 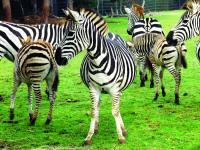 On the Western part, precisely the Istrian peninsula peak, you will meet the first National Park Brijuni. Numerous islands which have one main island which consist the Zoological park, Safari park and protected and rare pheasants.

Moving towards the Kvarner, we arrive to the Nature Park Ucka which has many protected plant and animal species. In the Kvarner region, on the North, is situated the National Park Risnjak.

In the inland of Croatia , all over the Slavonia are situated Nature Parks; Kopački Rit and Lonjsko Polje which are marshlands and lowlands of two rivers Drava and Dunav, Papuk, Medvednica and Žumberak-Samoborsko mount which are ecological mounts with protected species and cultural heritages. 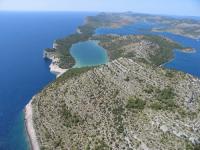 Through the Dalmatian coast up to Dubrovnik are settled numerous protected parks and islands. The National Parks are: Plitvice Lakes consisted of 16 lakes which are under the UNESCO world protection; North Velebit, Krka and Paklenica, the mountains with protected endemic species and Kornati park which consists of 89 islands, islets and cliffs.

In that area are also situated Nature Parks like mountain Velebit and Biokovo; valley Telascica on the Dugi Island surrounded by 13 islands and islets; Vransko lake, the biggets natural lake in the country and Neretva valley which is a protected reserve which includes the Bacinska lakes, mountains, wetlands, lagoons, hills, beaches and rivers. Very rich and fertile place, with extremely developed natural treasures.

Throughout Croatia there are many various treasures protected under the UNESCO. We can say that these places are not only of natural but also historical, cultural and national importance. These are; Porec - Euphrasius Basilica, Split - Diocletian's palace, Trogir - the old historical city walls and city, Sibenik - the St. James Cathedral, The National Park Plitvice Lake and the last but not the least - the Old City of Dubrovnik. 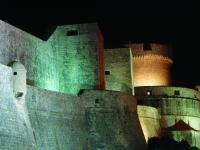 Furthermore, we take you on the Southern part of Adriatic sea where is no life except those special endemic species who live there from the world genesis. These palces are small volcanic islands.

The largest is the Palagruza island which is also a lighthouse. It is the farthest island in the Adriatic sea. The island is the natural reserve with herbal and animal endemic species.

Another volcanic island is the island Jabuka which is the huge cliff with nothing on it except some endemic speices and the surrounding sea rich with fish. The island is geological nature monument.

The last volcanic island which belongs to that archipelago is Brusnik. The island has the same natural land cover. It is the district protected by the law.

All three islands are preserved by the Croatian law and is forbidden to jeopardise the herbal and animal world.